Madalena Daugherty and Lucky Pulice were selected to receive the St. Sebastian Medal from the Diocese of Wheeling Charleston. The St. Sebastian Medal is named for St. Sebastian, who is the Patron Saint of Athletes because he was always depicted in fine physical shape. Madalena and Lucky are being recognized for being high-achieving student athletes and exhibiting the qualities of sportsmanship, teamwork, academics, and a high respect for school, classmates, teammates, opponents, parish and the community.

Madalena is the daughter of Timothy and Juliana Daugherty, and the sister of Nina Daugherty. She is the Student Council President and is a member of the Art, Interact, Pro-Life and Science Clubs. She is also a member of the National Honor Society. Madalena has participated in Weirton Youth Leadership and HOBY Leadership. She has lettered in volleyball for four years, softball for two years, and soccer for one year. Madalena was named the OVAC softball player of the year and Second Team All-Star State team in 2019 and was the Three Rivers Athlete of the Week for her OVAC Soccer Championship winning goal in 2020. Next year, Madalena is planning on attending West Virginia University and majoring in Biochemistry.

Lucky is the son of James and Kelly Pulice and the brother of Carmela Pulice. He is on the Student Council and is a member of the Interact Club. He is a four year letterman of the basketball team and two year letterman of the football and baseball teams. Lucky was named captain of the football and basketball teams his senior year.  He has won a 1A OVAC Championship in baseball and football. He has been named to the First Team All-Area/All-OVAC in basketball and football and named All-State honorable mention in baseball and football. Lucky is planning on attending West Virginia Northern Community College and majoring in Business Administration. He also plans to work at his father’s business after graduation. 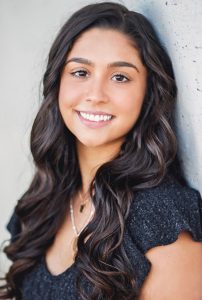 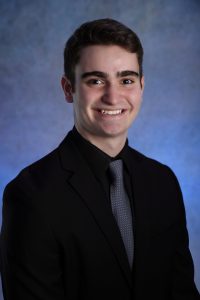